Friends of the North 40

History of the North 40 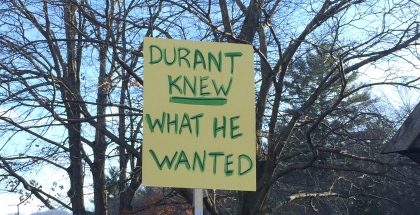 In 1873, Mr. Henry F. Durant, co-founder of Wellesley College, imposed certain restrictions (the Indenture) on land conveyed to Wellesley College. On April 18, 2014, Wellesley College filed a complaint to the Supreme Judicial Court (SJC) requesting that the Durant Indenture be removed allowing Wellesley College to sell the property. Less than fourteen days later, the Attorney General of the Commonwealth of Massachusetts accepted the request and the SJC granted a final judgment on May 2, 2014.

While Durant envisioned "farm lands, pasture, woodlots, mowing fields, as well as pleasure grounds and cultivated lands" for the benefit of Wellesley College, he also foresaw the possibility of a different use of the land. His Will (separate from the Indenture and not legally binding with regard to the North 40) states "and the lot of about forty acres which I purchased from Beth Dewing, shall be always held used and owned by Wellesley College,” and “It sometimes occurs that those who represent benevolent institutions do by means of legislative enactments and otherwise divert property from the object designed by testators and avoid the provisions of wills under the pretense that the testator, if alive, would justify their course.  I do therefore positively and solemnly leave it in charge to Christian men and women who will in the years to come be the Trustees of Wellesley College, that no part of the above described real estate shall be, directly or indirectly sold, conveyed, or disposed of....The Dewing wood-lot of about forty acres may be sold if it should be necessary, but I strongly desire that it should be retained.”

The abutting residents learned of Wellesley College's request to the Supreme Judicial Court on April 24, 2014, just eight days prior to the final judgment.

Residents of the Town of Wellesley were dismayed to learn of Wellesley College's plans to sell the land for the purpose of development. Concerns of density, traffic and eradication of forested land became topics of conversation throughout town.

On March 3, 2015 Wellesley residents overwhelmingly voted to purchase the North 40 from Wellesley College.

Threat of Sale is Imminent for Wellesley College's North 40

The North 40 was purchased in part with $10 million dollars of funding from the CPA. The Community Preservation Committee had a discussion of the North 40 deed restriction at its September 11 meeting.

Ribbon Cutting at the Vernal Pool 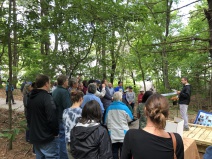 The skies cleared for a beautiful ribbon-cutting ceremony to celebrate the opening of the boardwalk at the North 40 Vernal Pool, which provides both access and protection to this important resource.

Selectman Jack Morgan and NRC Director Brandon Schmitt addressed the large crowd in attendance, and lead volunteer Bill Giezentanner had the honor of cutting the ribbon. The boardwalk was funded by the Community Preservation Act (CPA), and built with over 500 hours of volunteer labor.

See the video about the boardwalk here.

Thanks to all of the volunteers who help to maintain this important resource area. Learn more and see photos. 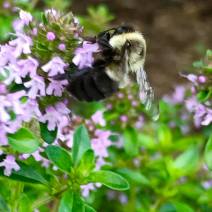 Weston Road Gardens will soon be in bloom and bounty! Have a look.

There's even a video: 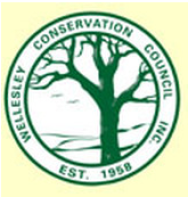 Renew your membership or Become a member !

Our Town Owns the North 40! 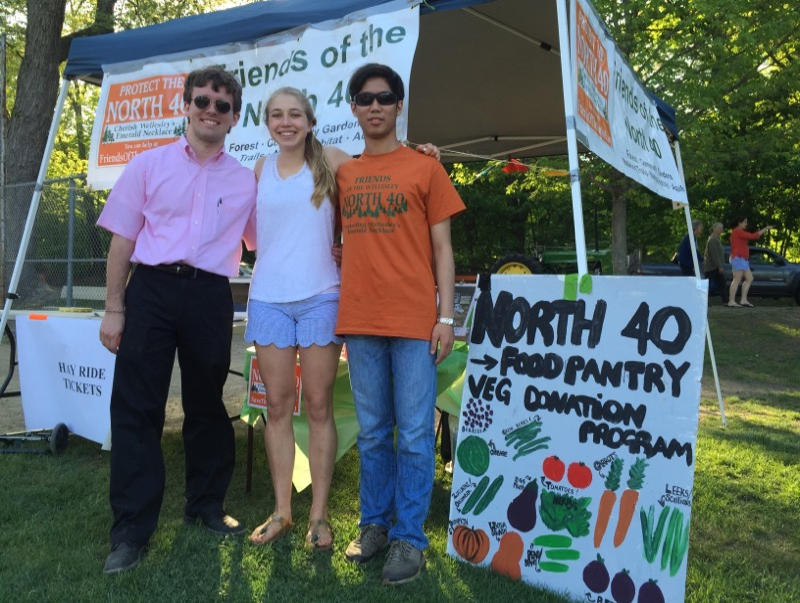 Raptors, Goats and You!

Study nature, love nature, stay close to nature. It will never fail you.

Recommend this page on: